Babaji Ka Thullu has become quite a popular slang word. The term Babaji ka Thullu is coined by Kapil Sharma in his famous show Comedy Nights With Kapil. Whenever he uses this term in his comedy show, no one could stop himself from laughing. Kapil uses it with a comical sign of a snake which makes it even more hilarious. So, what actually does Babaji Ka Thullu mean? And from where does it came from?

Well, the word Babaji Ka Thullu actually means 'nothing'. A nothing in a comical sense. To define it - It is like you worked hard for something and you got nothing in the end. Babaji means an old man or a saint and thullu has no meaning. Actually, Kapil used a popular hindi vulgar slang, Babaji Ka Ghanta, and because he could not use it on television show, he changed it to Babaji Ka Thullu, which sounds even more comic. 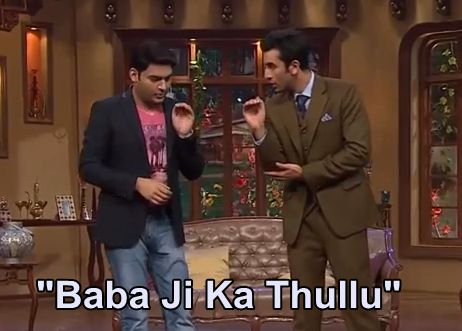 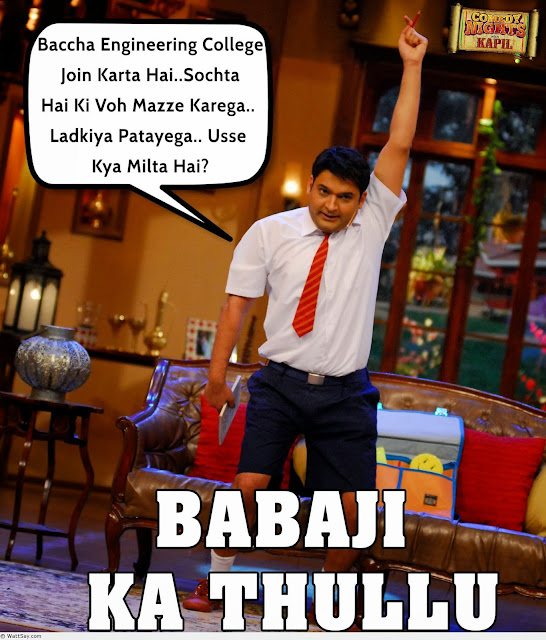 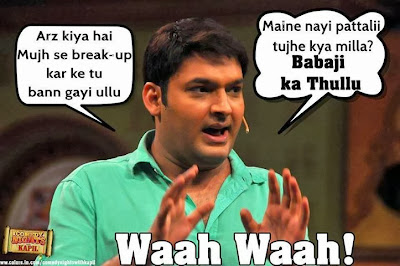